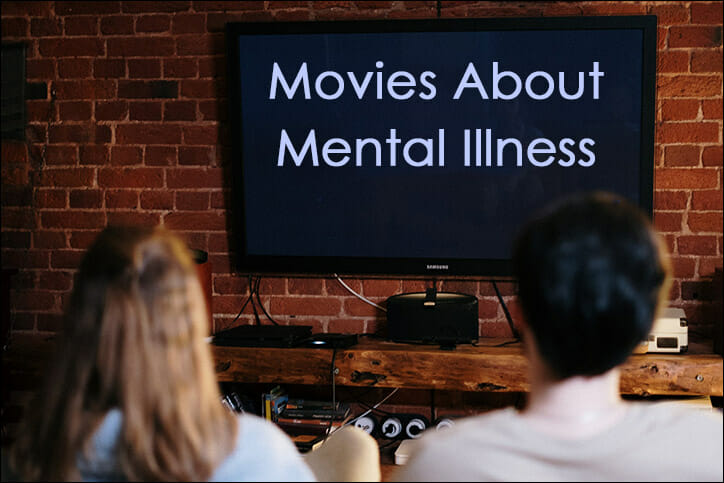 Even though many people view them only as entertainment, movies about mental illness can also shine a light on an important topic that affects a large part of the population.

The general public’s understanding and acceptance of mental health issues has come a very long way in the past several decades. After all, millions of people in the United States struggle with some form of mental illness each year.

While advances in treating many conditions have helped people seek treatment, Hollywood’s role in making movies about mental illness has also served to raise awareness.

The National Alliance on Mental Illness (NAMI) reports that 1 in 5 adults in the U.S. battles a mental illness each year, and unfortunately, suicide is the second leading cause of death among people aged 10 to 34.

For people living with these types of health issues, as well as their friends and loved ones, watching films about mental illness can show us that we’re not alone and offer a new perspective on how to think about mental health in general.

Here are 9 Movies About Mental Illness

Scott has struggled with depression and a bipolar diagnosis for much of his life. With both compassion and humor, the film shows how he uses weed to self-medicate, along with the challenges his struggles have put on his family and friends as he starts to address his issues.

Leaving Las Vegas is a film based on a semi-autobiographical novel by John O’Brien. It stars Nicholas Cage as Ben Sanderson, a screenwriter who has decided to move to Las Vegas and drink himself to death after losing his family and getting fired from his job.

Sanderson strikes up an unusual romance with a prostitute named Sera, played by Elisabeth Shue. The film portrays a very raw look at alcoholism and mental illness. The novelist, O’Brien, died of suicide shortly after selling the rights to the story. 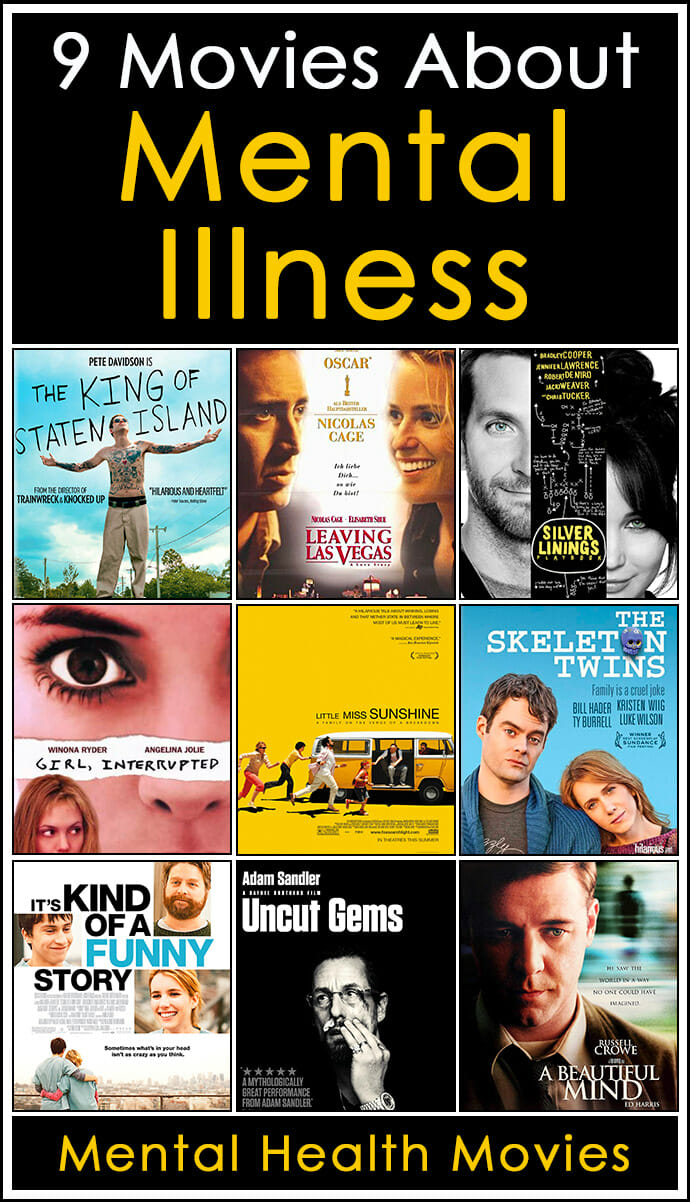 Silver Linings Playbook stars Bradley Cooper as Pat Solitano Jr., who was just released from a psychiatric hospital where he was being treated for bipolar disorder.

His family, happy to have him back home, is concerned when Pat strikes up with a relationship with Jennifer Lawrence’s character, Tiffany Maxwell, who has a history of mental health issues herself.

This movie about bipolar provides a glimpse into the range of emotions that can occur for those living with bipolar disorder and it is often named as one of the most popular movies about mental illness.

Set in the 1960s, Girl, Interrupted is a film that follows Susana Kaysen, played by Winona Ryder, who, after an attempted suicide, is hospitalized with a diagnosis of borderline personality disorder. While there, she meets another patient, Lisa Rowe, played by Angelina Jolie.

Rowe appears uninterested in getting better and gives in to the more violent and self-destructive impulses of her borderline personality disorder. Ultimately, Kaysen must decide whether she wants to get better and follow the treatment protocols or become more like Rowe. The film provides an interesting look at the perception of mental illness over the past decades.

While Little Miss Sunshine revolves around a family road trip to get young Olive, played by Abigail Breslin, to Southern California for a beauty pageant, it becomes clear that the entire family is struggling with mental health issues.

Frank, played by Steve Carell, has recently attempted suicide, and Duane, played by Paul Dano, has taken a frustrated vow of silence. Alan Arkin, who plays Olive’s grandfather, struggles with substance abuse. This story does a good job of showing the diverse issues that a single family faces when it comes to mental illness.

After 10 years of estrangement, siblings Milo, played by Bill Hader, and Maggie, played by Kristen Wiig, are reunited in the hospital after each attempting suicide in The Skeleton Twins.

Both characters suffer from depression, though the film handles their struggles in a candid and humorous way, while they learn to come to terms with themselves and each other.

In It’s Kind of a Funny Story, sixteen-year-old Craig, played by Keir Gilchrist, checks himself into a psychiatric hospital because he’s struggling with both depression and suicidal ideations. However, the youth wing of the hospital is under renovation and the teenager ends up on the adult ward.

This comedy does an excellent job of portraying a mental health ward as a safe place where people are working to get help and using humor as a way to relieve the tension.

Directors Benny and Josh Safdie highlight the manipulative and destructive forces of addiction, while managing to get the audience on the side of Sander’s character. This film maintains a very intense tone throughout its two-hour length.

A Beautiful Mind is based on the true story of John Forbes Nash Jr., a mathematical genius who struggled with schizophrenia. Played by Russell Crowe, the film gives a glimpse into the paranoia and delusions that those dealing with schizophrenia can experience.

The film does a good job of bringing the audience into Nash’s hallucinations to experience just how real they might feel to him.

Mental health covers a wide range of conditions like depression, bipolar, PTSD, anxiety, mood and personality disorders, and others.

Because these issues affect so many people, either directly, or through friends and family members, it’s not surprising that Hollywood continues to make movies about mental illness.

All of these movies about mental illness are worth watching and illustrate what it’s like to experience some of these conditions from a variety of perspectives.