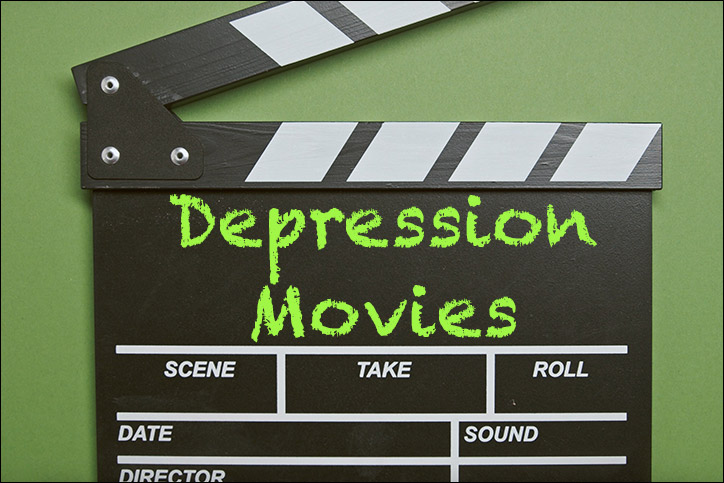 While there is often a stigma attached to issues surrounding mental health, public awareness about the condition of depression has grown exponentially in the last several decades. One clear sign of that progress is the number of mainstream Hollywood movies about depression.

The National Institute of Mental Health (NIMH) reports that more than 17 million adults in the United States – around 7 percent of the population – suffer from at least one major depressive episode annually.

Depression can affect anyone, regardless of age, gender, race, or socioeconomic background and it’s more than just feeling a little bit sad.

Symptoms of depression can range from mild to severely debilitating. They are so painful that it’s common for those living with the condition to self-medicate with drugs and alcohol. In fact, research shows that up to a third of people with diagnosed depression also struggle with a substance use disorder.

The presence of a mental health disorder like depression and a substance use disorder is referred to as a co-occurring disorder or a dual diagnosis condition. It’s important to understand that the symptoms of each individual condition exacerbate the symptoms of the other.

Recovery from depression and addiction is possible when both illnesses are treated at the same time with dual diagnosis treatment.

For those battling depression, it’s important to understand that they are not alone and help is available. Independent films and Hollywood movies about depression can be useful tools for recovery because storytelling can start the process of education, understanding, compassion and, ultimately, healing.

Here are 12 Films and Movies About Depression

Little Miss Sunshine is a star-studded independent, dark comedy, in which every member of the Hoover family, with the exception of young Olive, suffers some form of depression.

During their hilarious journey to get Olive registered for a beauty pageant in Florida, the mental health struggles of each character are addressed and, in some cases, overcome.

Nearly sweeping the Academy Awards in the year of its release, American Beauty stars Kevin Spacey as Lester Burnham, a man suffering with depression while in the midst of a midlife crisis.

Not only has Lester lost his job, but his wife is cheating on him, he’s smoking pot with the neighbor’s teenage son, and he finds himself having a romance with his daughter’s friend.

The Virgin Suicides is based on a novel of the same name, and this Sofia Coppola directed film is centered around the Lisbon sisters in a ’70s era suburb.

The film opens with a suicide by the youngest of the sisters. The emotional fallout and response by the girls’ parents only serves to create increased isolation and depression.

Prozac Nation is based on the autobiography of Elizabeth Wurtzel, who famously struggled with depression and drug abuse herself.

This film revolves around the character of Lizzie and her battle with major depression as she attempts to navigate her freshman year at Harvard.

Ordinary People is an Oscar winning film, directed by Robert Redford, that confronts the turmoil caused by the death of one of the family’s teenage sons in a sailing accident.

The younger son, played by Timothy Hutton, is paralyzed with survivor’s guilt and battles depression before attempting suicide and spending time in a psychiatric hospital.

Packed with stars, from Gene Hackman and Angelica Huston to Gwenyth Paltrow and Luke Wilson among others, The Royal Tenenbaums follows the highly dysfunctional Tenenbaum family. Every member of the family is racked with depression as a result of their upbringing.

This often funny and sometimes sad movie about depression chronicles the many ups and downs caused by depressive symptoms.

The Perks of Being A Wallflower is an emotional look into the struggles faced by teenagers. This film stars Emma Watson, who plays Sam, and follows three young people who strike up a relationship.

Charlie, played by Logan Lerman, is something of an awkward loner and after a botched attempt to kiss Sam at a party, he falls into depression and isolation.

In the movie Cake, Jennifer Aniston portrays the character of Claire who lost her son in a car accident that has also left her with chronic physical pain.

The film follows Claire’s battle with depression, hopelessness, and grief on the road to recovery.

Zach Braff, who stars in the film Garden State, and also directed it, plays the role of Andrew Largeman, an actor who plays bit parts on television that’s returned home for the funeral of his mother.

Largeman feels responsible for the accident that disabled his mother and, ultimately, caused her death, which leads to his struggles with depression.

Mildred Hayes, played by Francis McDormand, is suffering from depression as a result of her daughter’s murder in the film, Three Billboards Outside Ebbing, Missouri.

In her grief, she pays for three billboards advertising the perceived failures of Chief Willoughby, played by Wood Harrelson, in the homicide investigation. Unbeknownst to her, however, is Willoughby’s own battle with depression over a diagnosis of cancer.

Starring Kathy Bates and the now deceased Philip Seymour Hoffman, who sadly succumbed to his real life struggles with addiction, Love Liza is a movie about depression that is spurred by loss.

Wilson Joel, played by Hoffman, loses his wife Liza to suicide. She left him a note that he’s unable to open and instead starts huffing gasoline. His mother-in-law, played by Bates, attempts to help him while also struggling with grief over the loss of her own daughter.

While on the surface, the Academy Award winning film Gravity, starring George Clooney and Sandra Bullock, looks like a movie about outer space. It is also an excellent portrayal of the isolation and disconnection that comes with depression.

After a routine spacewalk leaves two astronauts stranded, with no link to earth or hope of rescue, the only way home may be to venture deeper into space.

Can Movies About Depression Help Others?

As mentioned earlier, more than 17 million adults in the U.S. will experience a depressive episode each year. This doesn’t account for the many teens that are also impacted by depression.

Depression Awareness Month is recognized every year in October and it’s a chance to spread awareness about this mental health condition and offer suggestions for people to get help for overcoming the symptoms and live a happier life.

Understanding that depression can affect anyone and that there’s no shame in seeking help might motivate more people to begin down the road to recovery.

Watching a movie that shows how others deal with mental health issues may suggest to others with similar symptoms that they are not alone.

The list above outlines some of the best movies about depression, but there are so many more excellent ones to choose from.

More Films and Movies About Depression