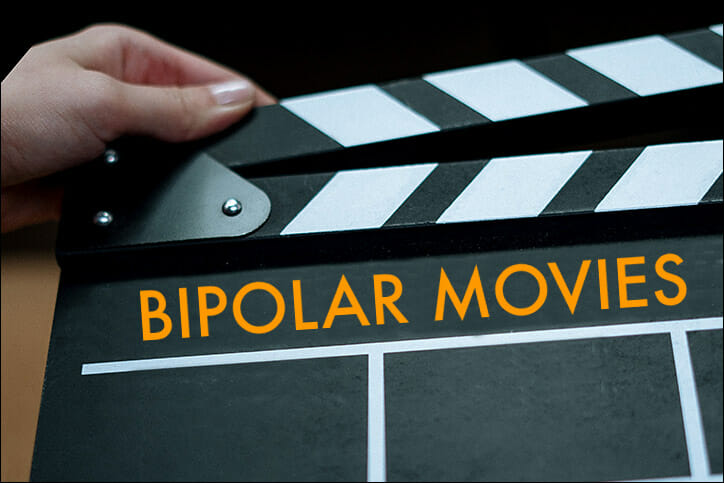 World Bipolar Day is recognized every year on March 30, and one way to raise awareness of the condition is to watch movies about bipolar disorder to see how it is characterized in films.

Bipolar comes with a lot of stigma, despite the fact that it’s a much more common mental health condition than most people may realize.

Because it can affect people from all different backgrounds, it’s not surprising that Hollywood has produced many bipolar movies with the disorder as an important aspect of the storyline.

Nearly 3 percent of adults in the United States deal with bipolar disorder in a given year, according to the National Institute of Mental Health (NIMH).

The condition causes dramatic shifts in mood, from debilitating depression to manic levels of energy, both of which can make it almost impossible for a person to function normally without treatment.

It’s necessary to explain some background on the condition to better understand what many of the characters in movies about bipolar disorder are dealing with.

There are two categories of the illness, known as Bipolar I and Bipolar II.

Bipolar I is defined as manic episodes that last at least a week or symptoms of mania that are so serious they require a person to be hospitalized. Episodes of depression with Bipolar I typically last about two weeks. Symptoms of mania and depression can also occur in the same period.

Bipolar II is similar in that a person experiences severe bouts of depression, though episodes of mania, referred to as hypomania with Bipolar II, are not as intense or severe as with Bipolar I.

As with other mental health conditions, it’s important to recognize the signs and symptoms of bipolar disorder.

Bipolar Symptoms can Include Some of the Following:

Bipolar disorder is usually treated with a mix of mood-stabilizing medications and counseling. In some cases, the condition can lead to substance abuse issues. People battling bipolar disorder and addiction together will need to seek dual diagnosis treatment.

Because of the advances made in treating bipolar disorder, many people are able to live productive, happy and healthy lives in recovery from the condition.

Stories of struggle and recovery are part and parcel of Hollywood films, which is one reason movies about bipolar have been a prominent topic of so many films. 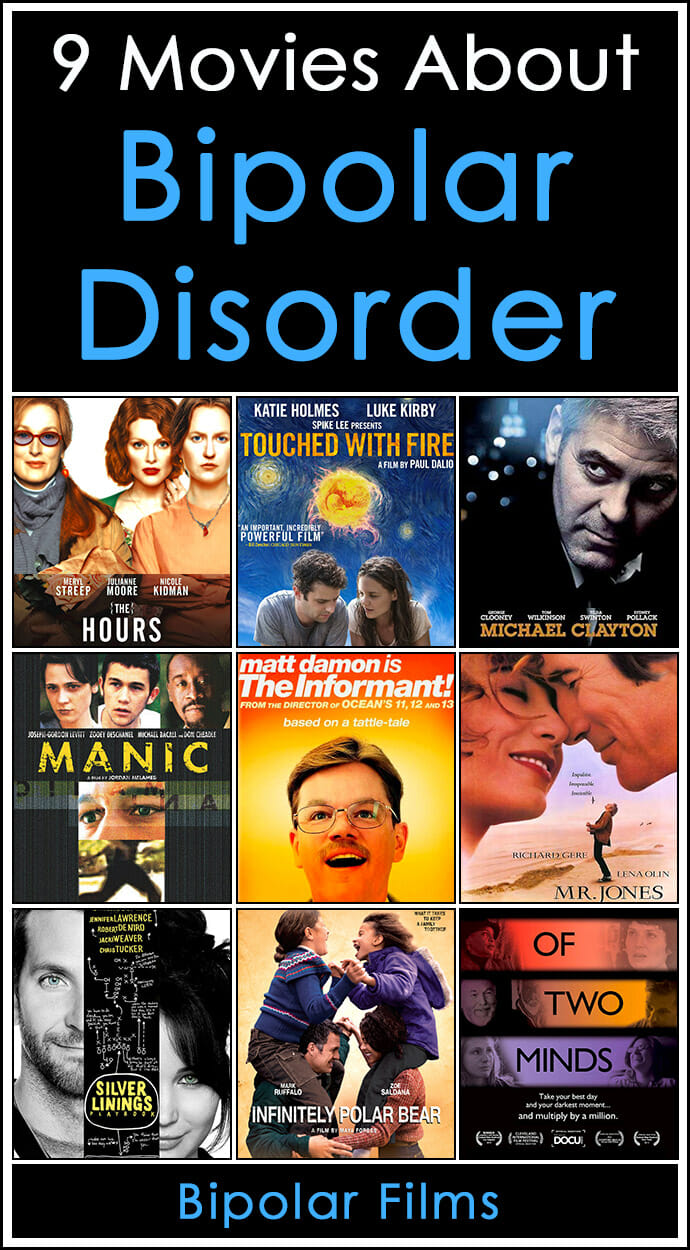 Here are 9 Movies About Bipolar Disorder

The Hours is based on the Michael Cunningham novel of the same name, the movie follows a day in the life of three women – Meryl Streep playing Clarissa Vaughan, Nicole Kidman playing Virginia Woolf and Julianne Moore playing Laura Brown.

These three women are from different generations and each of the characters suffers from mental health issues and have dealt with suicide.

Touched With Fire was produced by Spike Lee and was released in 2015. The film features two characters with bipolar disorder, played by Katie Holmes and Luke Kirby, who meet in a psychiatric hospital and fall in love.

George Clooney stars as Michael Clayton, who is a “fixer” for a high-profile law firm. He is tasked with bringing in a coworker, played by Tom Wilkinson, who is suffering from an intense episode of mania and threatening to expose a client’s dark secret.

Manic features Joseph Gordon-Levitt as Lyle Jensen, a teen admitted to a juvenile psychiatric ward after brutally beating another teenager with a baseball during a game.

In the psychiatric ward, Jensen meets other troubled teens, including Tracy, played by Zooey Deschanel.

Matt Damon plays Mark Whitacre in The Informant!, which is based on a true story. Whitacre, who is secretly struggling with bipolar disorder, works at Archers Daniel Midland, but is also working with the government as a whistleblower in a price-fixing case against his employer.

Richard Gere portrays Mr. Jones who spends much of this movie about bipolar hospitalized for depression and mania. While under the care of a psychiatrist, played by Lena Olin, the pair begin an inappropriate romantic relationship.

Silver Linings Playbook stars Bradley Cooper as Pat Solitano Jr., who was recently released from a psychiatric hospital where he was being treated for bipolar disorder.
His family, happy to have him back home, are concerned when Pat strikes up with a relationship with Jennifer Lawrence’s character, Tiffany Maxwell, who also has a history of mental health issues herself.

Based on a true story, Infinitely Polar Bear follows Mark Ruffalo who plays a father who can’t work due to his bipolar disorder. His wife, played by Zoe Saldana, accepts a scholarship in New York City, so she can ultimately earn more for the family.

First, however, she must leave her children in the care of her troubled husband, who isn’t necessarily equipped to be an attentive father.

Of Two Minds is a feature length documentary co-directed by Lisa Klein who researched bipolar disorder after her sister’s death in the 1980s.

She explores the often-debilitating symptoms of the condition and how they often make maintaining relationships and careers seem virtually impossible fo this with bipolar.

11 Other Movies About Bipolar

The bipolar movies listed above are some of the most popular ones that are frequently mentioned, although there are many others that feature characters who have been diagnosed in the film, or simply exhibit many of the symptoms.

Without a proper diagnosis, it can be difficult to know if a person actually has bipolar or simply displays some of the outward signs and symptoms of the condition.