The whippets drug and other aerosols or household products are frequently misused as a form of inhalant abuse by teens that are just beginning to experiment with ways to get high.

They are cheap or free, readily available, and give teens their first experience with getting high.

Because many inhalants are so easy to get and can be obtained for free, they are an attractive form of drug experimentation, which is the first of 5 stages of addiction.

The third week in March is recognized as National Inhalants and Poisons Awareness Week.

One of the goals is to inform parents and the public about the dangers of inhalant abuse from using the whippets drug and other common products found around the home that can be used to get high.

Inhalant Abuse and Types of Inhalants

Though they don’t get a lot of attention as drugs of misuse, inhalants can be very dangerous when abused, especially by kids and teens with developing brains. One of the biggest problems is how easily accessible many of these dangerous products are in households across the country.

There are more than 1,000 products that fall into four types of inhalant categories.

Aerosols are anything that can be sprayed from a can or bottle, like hair spray, paint, spray on deodorant, computer cleaners, and others.

Solvents are products that may evaporate at room temperature, such as gasoline, glue for model toys, paint thinner, lighter fluid, and even felt tip pen fumes.

Gases are not as easily accessible, but can include nitrous oxide from whipped cream cans (whippets), propane tanks, butane in lighters, ether, or anesthesia from home medical kits.

Nitrites relax muscles and dilate blood vessels. These are sometimes sold in head shops in liquid form or found in home medicine cabinets as a prescription for chest pain like amyl nitrite. They can also be found in leather cleaner or room deodorizers such as Glade. 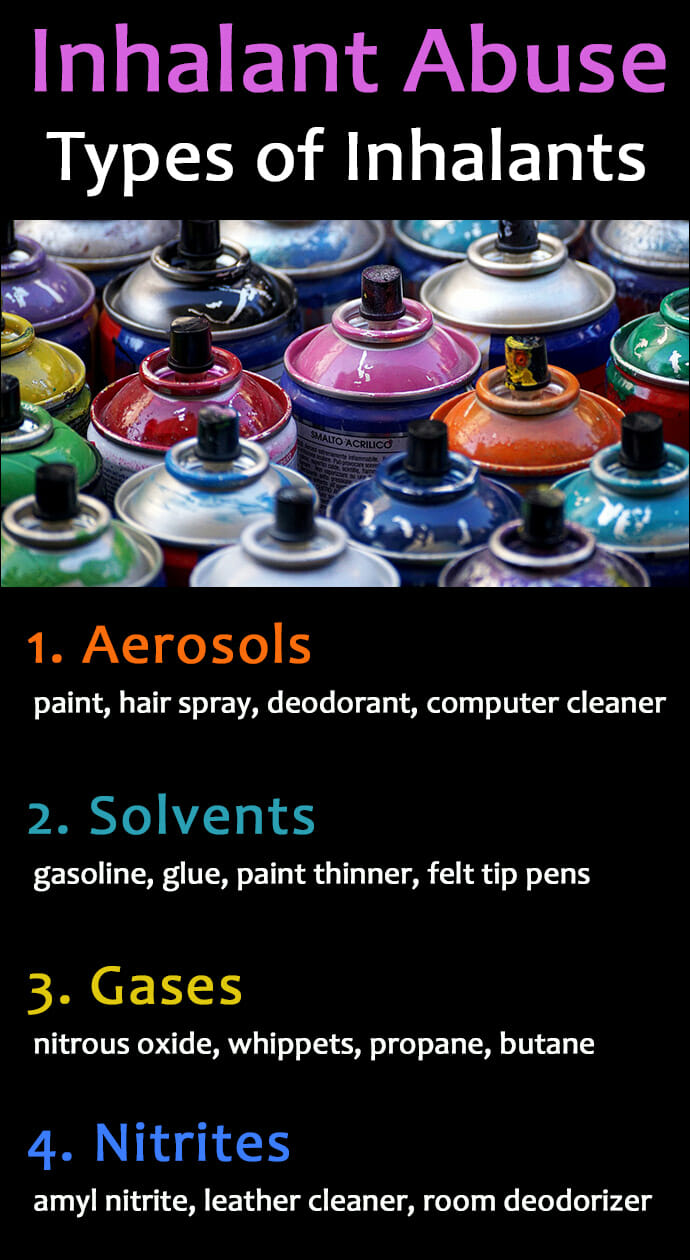 It’s important for parents and adults to understand how widely abused inhalants are, even among children and teens that may be considered low risk for this type of behavior.

According to the Alliance for Consumer Education, inhalants rank as the fourth most abused substance after alcohol, tobacco, and marijuana, and approximately 2.6 million teens between 12 and 17 years of age use inhalants every year to get high.

One of the most commonly abused inhalants is the whippets drug.

What is the Whippets Drug?

Named after the whipped cream canisters its often taken from, “whippets” or “whip its,” are a dose of nitrous oxide that when inhaled to get high can be dangerous and, in some cases, fatal.

Nitrous oxide, sometimes called “laughing gas,” has been used for the last several hundred years as an anesthetic, which most people associate with dentists.

When administered by a dentist or other medical professional, nitrous oxide is mixed with other gases, including oxygen, to produce the short-term anesthetic effects used in medical procedures.

A person misusing whippets on their own is not getting a balanced mixture of the gases with oxygen, and are instead inhaling pure nitrous oxide.

Cream whippers for home or professional use can easily be purchased online and in stores. These use disposable nitrous oxide gas cartridges that are purchased separately.

When paired with another device, the cartridges can be used to fill balloons with nitrous oxide gas and the users inhale the gas from the balloons to get high. Some people sell nitrous balloons in concert parking lots for people to get high.

What are Common Inhalants and Whippets Drug Effects?

Many inhalants produce a short burst of effects similar to alcohol intoxication although the duration is usually very short. Sometimes a person might black out temporarily due to a lack of oxygen in the brain.

Like most inhalants, the nitrous oxide gas in the whippets drug is colorless, though it has something of a sweet smelling odor. Inhaling it causes a warm sensation, making users feel a cloudy sense of euphoria along with a type of giddy numbness.

Nitrous oxide has anti-anxiety properties, which is why it’s often used as an anesthetic. This also makes it particularly desirable among recreational users who experience the fleeting euphoric effects of the whippets drug.

Like any other drug, users can build a tolerance to nitrous oxide, requiring more of the gas to experience the same effects as when they first tried it. The gas can affect each person differently, depending on their weight, size, age, and frequency of abuse.

Whippets and other inhalants can have both short-term and long-term side effects when used frequently or for long periods of time. 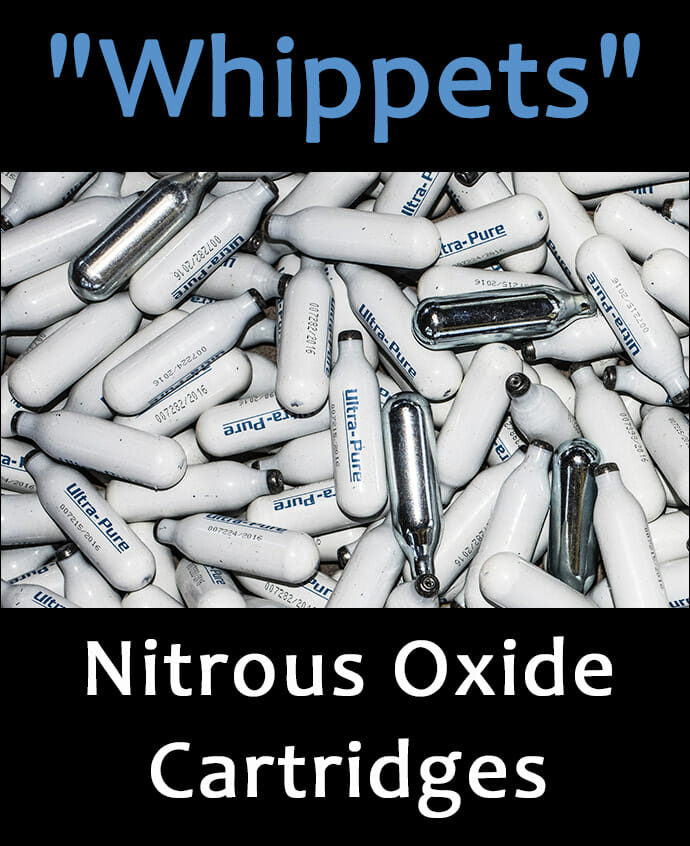 What are the Dangers of Inhalant Abuse?

Unfortunately, recreational inhalant abuse can become a dependency or even an addiction like other drugs.

In the short-term, users are likely to think the behavior is harmless even though there can be immediate side effects that are particularly problematic.

The Whippets drug and other inhalants taken in larger doses or for a long period of time can result in more dangerous side effects.

One of the most common dangers is when people do inhalants while standing up. Even though the effects may last only seconds, it’s enough time for an individual to black out or faint and they fall to the ground and hit their head.

Long-term inhalant abuse comes with another set of damaging side effects, including depression, anxiety, psychosis, a poor functioning immune system, and memory loss among others.

Knowing the signs of inhalant abuse can help parents, friends, and loved ones spot potential abuse early. Early detection can radically improve a person’s chances of recovery if they receive treatment.

Signs a person may be abusing whippets or other inhalants include:

Spotting the signs of inhalant abuse should lead to an immediate conversation about seeking help for the person using them.

Anyone experiencing serious side effects of inhalants like the whippets drug should be seen by first responders or taken to an emergency room. They may very likely need supplemental oxygen or other types of medical treatment.

Even in less dire situations, people who have developed a dependence or addiction to huffing or inhalant abuse may need to seek help from a substance addiction treatment center.

Because whippets and inhalants are often misused by teens and pre-teens, this early form of drug use can escalate to more dangerous and addictive substances if the behavior continues.

It’s possible for many people to quit using inhalants on their own without the need for detox or a specialized recovery program.

But for those who can’t stop on their own, sometimes it’s necessary to address the physical and psychological effects of dependence with trained addiction specialists and cognitive behavioral therapies.

Luckily with the right help, most people are able to make a full recovery.