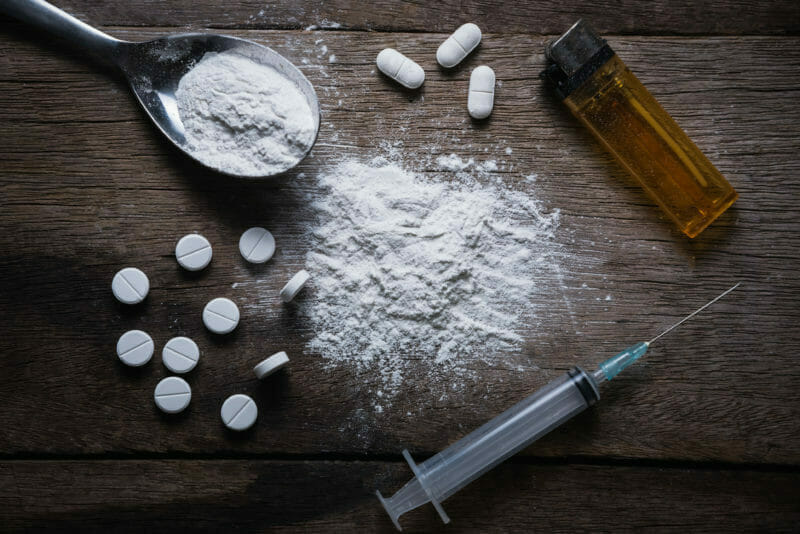 When someone is using, meth vs. heroin is always a horrible debate with terrible consequences. Methcathinone and heroin are both designated by the Drug Enforcement Agency (DEA) as Schedule I substances, because they have no medical use and have a high potential for abuse. If you are currently caught in the cycle of abuse, or fear for a loved one’s health and welfare, read on for more information about meth vs. heroin, the combination of the two drugs, and treatment for all three circumstances through Summit Malibu.

Methcathinone is a stimulant that, while not physically addicting, is a highly psychologically addicting substance, often hooking first time users. Methcathinone is different than methamphetamine, which while also having the potential for abuse and addiction, is not a Schedule I substance because it does have medical uses like treatment for obesity and ADHD.

Meth can be snorted, injected, smoked, or taken orally. Meth results in a euphoric feeling and increased alertness, but it is short-lived and has other serious side effects. Meth use can increase heart rate and raise blood pressure. Constant and ever-increasing use can lead to psychosis.

Heroin is an opioid made from morphine, which can be made from the liquid opium from a poppy (naturally occurring), semi-synthetic (chemically enhanced after the poppy seed has been harvested), or synthetic (no natural ingredients). They are all dangerous.

The opioid agent of heroin is a strong painkiller, like those prescribed by a doctor, but heroin, of course, is not prescribed. Like meth, heroin users get a euphoric feeling when first ingesting heroin. While the overall pain cessation, both physical and emotional, can be gratifying, its physical side effects of malnutrition, low blood pressure, pulmonary edema, and other respiratory issues are quite damaging and can lead to death.

The Combination of Meth & Heroin

Because meth vs heroin is stimulant vs opioid, the use of them together can heighten the good feelings, and lessen the nasty side effects, but increases the chances of physical and psychological damage, as well as potential overdose. Meth speeds up breathing and heart rate and raises blood pressure; heroin does the opposite and slows it all down, evening the user out. This dual-use makes treatment more complex.

At Summit Malibu, we understand the complexities of substance abuse and addiction, and know that each person is as different as each drug. If you or a loved one are struggling with meth vs heroin, the combination of the two, or any other substance abuse issues, please contact us as soon as possible. We are here to help.