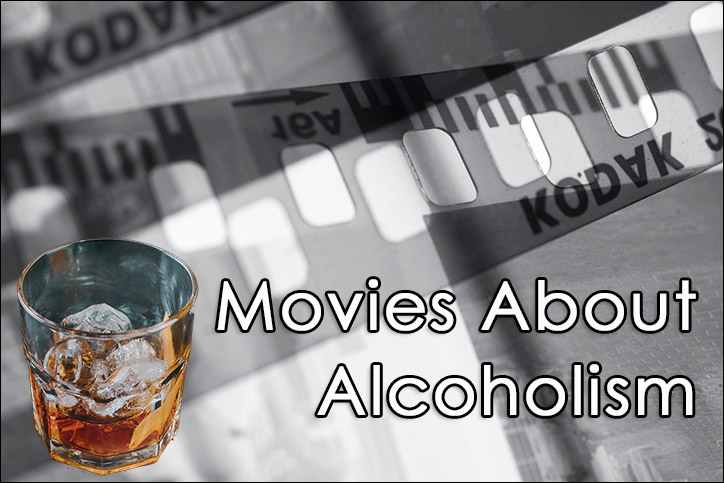 There has been a wide range of movies about alcoholism and alcohol abuse or misuse over the years. Some heavy drinking and alcohol-related films are funny and light-hearted, while others depict a more serious and somber tone.

Anyone who has struggled with an addiction to alcohol or has a family member or loved one that is a problem drinker understands the incredibly destructive nature of alcoholism.

Alcohol addiction and excessive alcohol use can wreak havoc on a person’s personal, social, and professional life if left untreated, not to mention the physical and emotional toll.

Nearly 15 million people in the United States have a diagnosable alcohol use disorder, according to the National Institute on Alcohol Abuse and Alcoholism (NIAAA). Many experts agree that number is underreported.

Fortunately, alcohol abuse is treatable and countless numbers of people that have sought professional treatment for alcohol addiction have been able to recover, repair the damage of the past, and lead healthy and productive lives.

While those in the throes of alcohol addiction often feel isolated, as if no one else has struggled with similar problems, it’s important to learn and understand that so many people have endured and overcome his or her struggles with alcoholism.

Looking to modern cinema, movies about alcoholism and problem drinking are a seemingly regular topic that can be helpful for some to shed light on the issue, and possibly motivate them to seek treatment.

Here are 9 Movies About Alcoholism and Excessive Drinking

In the 2016 film, Flight, Academy Award winning actor Denzel Washington plays the character of Whip Whittaker, an airline pilot with a serious addiction to alcohol and drugs.

While flying under the influence of alcohol and other substances, Whittaker is able to safely crash-land a commercial airliner with fewer than expected casualties.

Although he’s hailed as a hero, his personal life comes under scrutiny and he’s forced to face his demons.

Paul Newman received a nomination for Best Actor for his role as Boston lawyer Frank Galvin, in the 1982 film, The Verdict.

Newman’s character is a down-on-his-luck alcoholic and ambulance chaser involved in a mutually destructive relationship with Laura Fraser, played by Charlotte Rampling.

After accepting a medical malpractice case that touches a nerve, he finally finds a sense of purpose in doing what’s right.

Sandra Bullock plays the character of Gwen Cummings, a woman given the choice of prison or 28 days in rehab, hence the name of the film, 28 Days.

While there are moments of comedy, Cummings, who initially refuses to accept her alcohol use as a problem, comes to understand in rehab that she needs help and must eventually sever relationships with people who do not take her sobriety seriously. 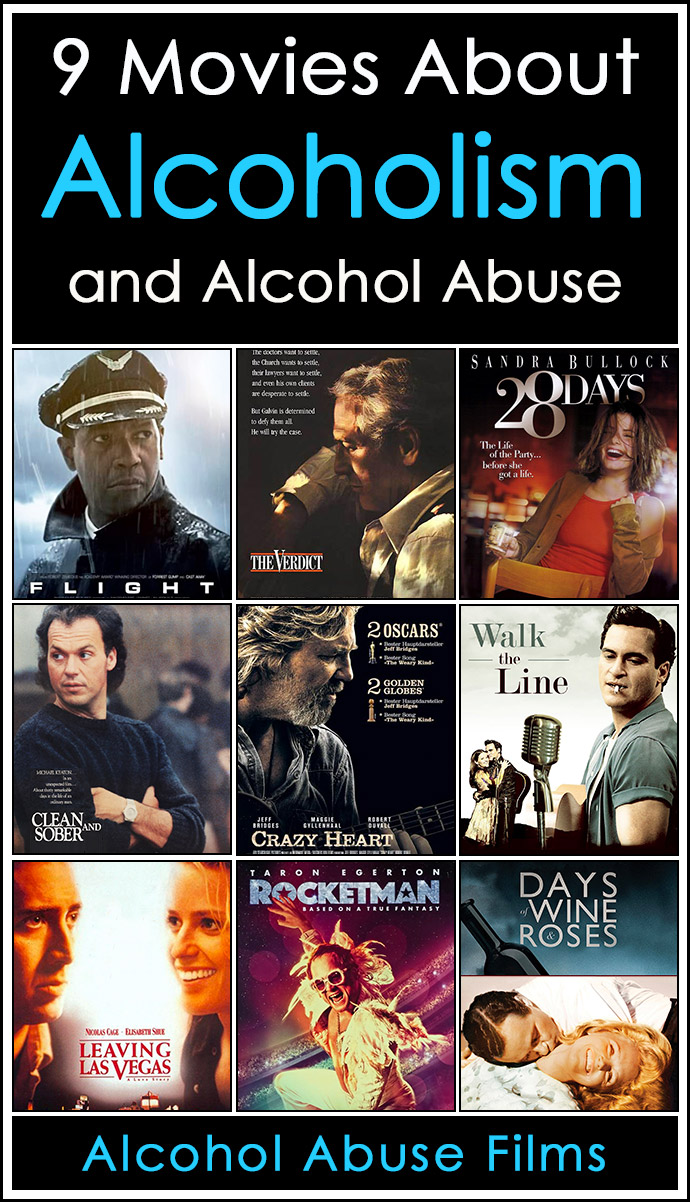 In one of Michael Keaton’s first dramatic turns, he plays the character of a real-estate agent with an addiction problem in Clean and Sober.

After attending a support group, he meets Morgan Freeman, who helps him work to remain sober. The film addresses the idea of righting past wrongs committed while in the throes of addiction.

Keaton’s character must come to terms with doing the right thing and staying clean and sober.

In a role that won him an Academy Award, Jeff Bridges stars as country music star Otis Blake, who is an alcoholic in Crazy Heart.

It’s not until Blake meets a journalist, played by Maggie Gyllenhaal, that he starts to question his self-destructive way of life. As the story unfolds, Bridge’s character reveals a sense of loss for things from his past.

Walk the Line is a Johnny Cash biopic that stars Joaquin Phoenix as Cash and Reese Withherspoon as June Carter, Cash’s wife.

Much of the film focuses on the destruction that Johnny’s addiction to alcohol causes, not just in his life, but also in the life of those around him.

It also portrays how fame caused the singer’s addiction issues to become even worse.

In a role that won him an Oscar, Nicolas Cage plays Ben Sanderson, a screenwriter who is committed to drinking himself to death after being fired from his job and losing his family in Leaving Las Vegas, released in 1995.

As the story unfolds, Sanderson meets and develops a relationship with a troubled prostitute named Sera, played by Elizabeth Shue.

While many movies about alcoholism are about redemption, this one is a bleak and compelling portrayal of the tragedy that addiction can have on those struggling with it.

Taron Egerton stars as Elton John in the 2019 biopic, Rocketman, about the iconic pop star and musician. Told in a series of flashbacks, the movie begins with Elton in a support group, being asked about his childhood.

We later see scenes from his life after amassing fame where he’s crippled by an addiction to alcohol and other drugs. The end of the film notes that Elton John has been sober for over 30 years.

Even though Days of Wine and Roses was released in 1962, the storyline is still engaging today.

Hailed as one of the most powerful and emotional dramas of its era, this movie about alcoholism stars Jack Lemon and Lee Remick, a couple who descend into an alcoholic haze that leaves their lives in shambles.

While one of them eventually regains a semblance of recovery, the other’s life is left as a tragic question mark.

While most films are created to entertain us, the topics are often relatable to the intended audience. This is true for most genres, including comedy, suspense, drama, and thrillers.

Excessive alcohol use has shown up across all genres of film just as it does for all parts of society and all walks of life.

Problem drinking, either directly or indirectly, has touched most of us, so it’s easy to relate to alcohol abuse as a major theme in movies.

Other Movies About Alcoholism That Received Audience and Critical Acclaim