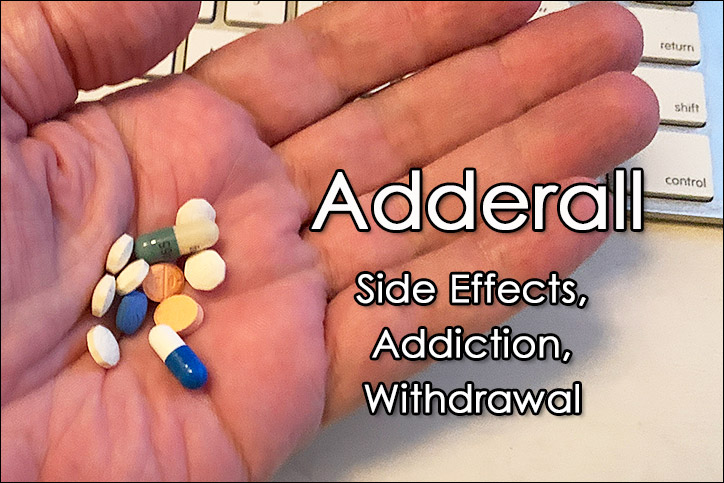 Adderall is prescribed to treat Attention Deficit Hyperactivity Disorder (ADHD) and narcolepsy, and can be effective when taken as prescribed. However, there are some serious Adderall side effects linked to the drug if misused or abused that can lead to addiction or adverse withdrawal symptoms.

More than 40 million prescriptions of Adderall were dispensed in the United States in 2021 according to health research firm IQVIA.

The medication is most effective for those who need it to treat ADHD and narcolepsy, although it is widely misused by others to get a boost for school and work.

In recent years, demand for this widely popular drug has caused a shortage and many pharmacies have been unable to fill prescriptions.

Adderall is a stimulant approved by the Food and Drug Administration (FDA) that includes a combination of dextro-amphetamine and amphetamine and acts on a person’s central nervous system.

It is a federally controlled substance and requires a prescription from a doctor for use as a medication.

Extended Release pills are taken in the morning and designed to last throughout the day.

Instant Release pills take effect more quickly than XR, but usually only last for 4 to 6 hours.

The National Institutes of Health (NIH) reports that using Adderall without a prescription or without medical guidance can lead to dependence or addiction.

At the correct dosage, Adderall actually helps people with ADHD calm down and focus more effectively.

Unfortunately, Adderall is a widely abused drug, especially on college and high school campuses, that is something known as a “study drug.”

Some research suggests that as many as “20 percent of college students abuse prescription stimulants,” most often by using drugs that are not prescribed to them.

It has also been a popular drug of abuse for people trying to lose weight or who may have eating disorders, those with stressful or demanding jobs, athletes, and people with a history of drug use.

What Does Adderall Do?

Adderall stimulates the central nervous system, that makes people feel more awake, focused, and calm. It is typically prescribed at the lowest effective dose possible to those who need it.

When used as a prescribed medication, Adderall is effective for people with ADHD because it can improve focus and reduce impulsive behavior by increasing the amount of dopamine and norepinephrine in the brain.

Dopamine is a chemical messenger in the brain that reinforces pleasurable or rewarding behaviors.

While medication can be effective for many people, there are also healthier ways to increase dopamine naturally to improve mood and motivation. 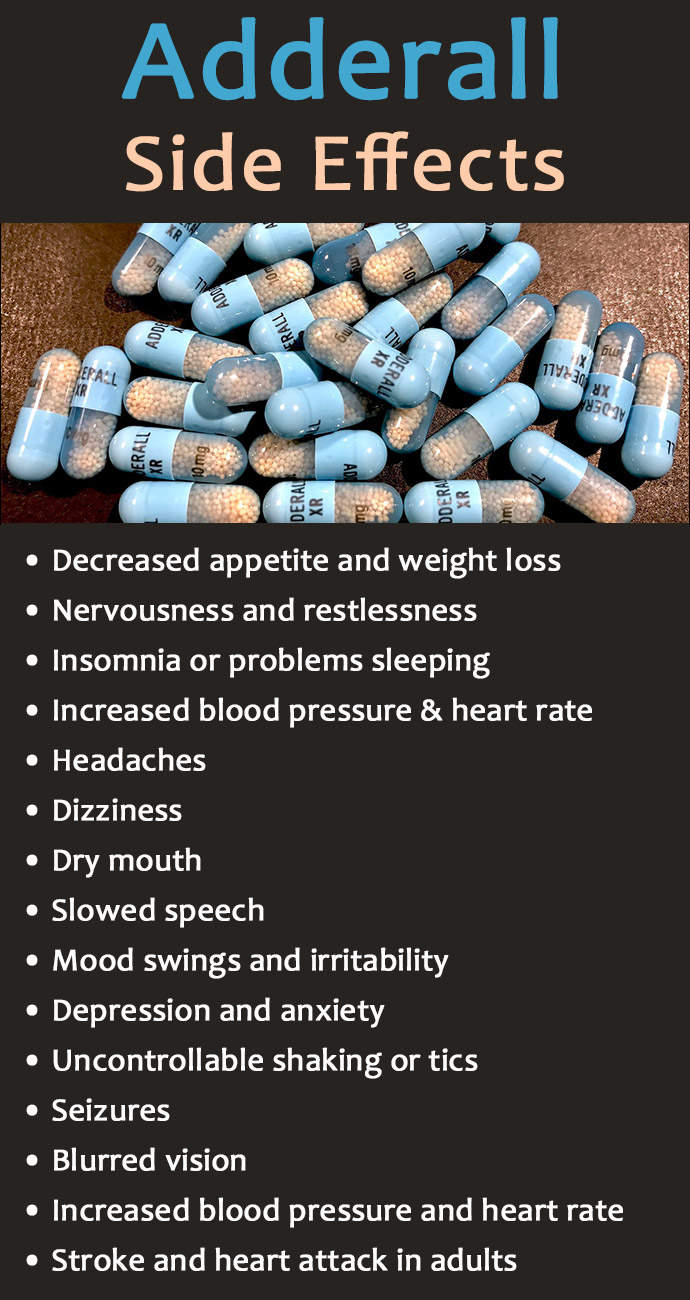 Even when taken as directed, Adderall can cause mild or serious side effects.

Prescribing physicians will need to know what medications a person is taking because Adderall can have negative interactions with other medications, such as antidepressants, blood pressure meds, seizure medications, blood thinners, or even decongestants.

Some of the most common side effects of Adderall can include:

More serious Adderall side effects include:

Misusing Adderall increases the likelihood and danger of serious side effects. This becomes an even greater problem when it is used with other substances, such as alcohol or other drugs.

The short and simple answer is yes, Adderall is addictive when taken at higher doses.

One of the primary reasons for this is a user develops a tolerance to the drug and must take more of it to get the same effect as before.

Those who take Adderall will eventually need more of the medication to achieve the same results. This is even more pronounced for those using the drug without a prescription or the guidance of a physician.

Addiction to Adderall is often caused by:

People with an addiction to Adderall may exhibit some of the following signs:

In the beginning, a person may feel that they need the drug to boost their mental performance, but this can quickly become a habit-forming crutch that leads to addiction.

Purposefully taking large amounts of Adderall to experience a “high” is not only dangerous, it can quickly build a tolerance, lead to dependence, and may eventually be deadly. People who become addicted to the medication are at a greater risk of experiencing Adderall withdrawal from the drug if they are no longer able to find it. The dangerous side effects of withdrawal are often referred to as an “Adderall crash.”

Adderall withdrawal symptoms can include some of the following:

The longer a person abuses the drug, the stronger the addiction becomes. Fear of Adderall withdrawal is a big reason many people don’t seek the help they need to quit. People with an addiction to the drug should not attempt to quit cold turkey, as it is safer to taper the dose.

Adderall addiction treatment is most effective at an inpatient rehab and detox facility.

After the medication is safely out of a person’s system and the withdrawal symptoms have subsided, inpatient treatment and therapy will address the underlying causes of Adderall addiction.

Treatment modalities such as Cognitive Behavioral Therapy (CBT) and Dialectical Behavior Therapy (DBT) are effective for preventing relapse and setting the foundation for a lasting recovery.

Although the medication has shown to be highly effective for people actually who need it, Adderall side effects, withdrawal, and potential for addiction are always a concern for those who use it recreationally or without a prescription.

Seeking treatment before it becomes difficult to quit offers the best chance of recovery.